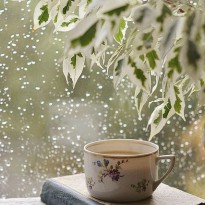 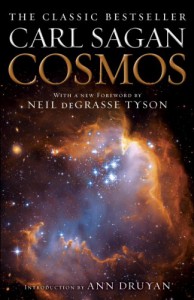 As a child, I was fascinated and mesmerised by our world. It looked so huge, so full of wonders. Еverything was a source of marvel and inspiration. The world, the Earth, waited to be discovered and I had a long life ahead of me to do that.

Then, in teenage years, I already knew all there was to know about life, people, the Earth and the Universe. Nobody could tell me any better. The new source of wonder had become love – falling in love, finding the purpose in another human being, the complete merging of body and soul.

Once I entered the world of adults, I realised that I knew nothing. I strived for a higher purpose which, it turned out, was extremely hard to find in between a daily job that gives you no thrill, the same four walls you hide behind every night, and the usual faces that say the same words day in day out. The mundanity and routine that sustain a human life make it really hard to notice this same life. Wine and poetry help the cause to some extent, but they pull one out of Earth’s gravity for very short instances only.

I have been at a crossroads lately, which shattered the illusive security of existence and made me anxious, itching with questions, sleepless, feeling an urge I couldn’t define. And then I started to seek answers, cosmic answers.
Suddenly, it feels like a meteorite has hit my little planet. I read with eyes wide-open, with the naïveté of a toddler, with a remarkable ignorance and with an insatiable thirst to learn more. I feel like a child again! I feel in love again! I feel my senses being heightened and my pulse rushing. Carl Sagan made me feel like a scientist. For I have made a wonderful discovery - the nutrient of my little earthly life is curiosity – no step for the Cosmos, one giant leap for the cosmic speck of dust that I am.

I could talk for hours about how beautiful and captivating I found Cosmos to be. It made me crave knowledge of the unknown. It made my underdeveloped imagination burst with colourful visions. It made my stunted mind race. I savoured every word, embraced every idea. I guess for someone who has read a lot on the subject I look like a newly hatched chicken, struggling to make its first steps. I have been intimidated by physics and chemistry all my life and now it is time to catch up.

My gut tells me that Sagan is not right in completely rejecting astrology, the occult or religion, but I choose to trust him because he has managed to put into simple words concepts that have scared away so many people for so long. His narrative voice is the perfect combination of a bright mind and humility. It is subtle and guiding, not patronizing. It is human and it is humane – it makes you believe you can understand and dream beyond the boundaries of your own mind.
Sagan was a great scientist, but I think his greatest achievement is that he made science accessible and interesting to his fellow human beings. His venture to bring the Cosmos closer to humans might eventually pay off in helping bring humans closer to the Cosmos.

There is so much more I want to say, but I don’t have words for all thoughts that Cosmos provoked in me. I feel ashamed that my review of this monumental work revolves around my little nichtigkeit, but, after all, even the biggest galaxies are made of the smallest particles.